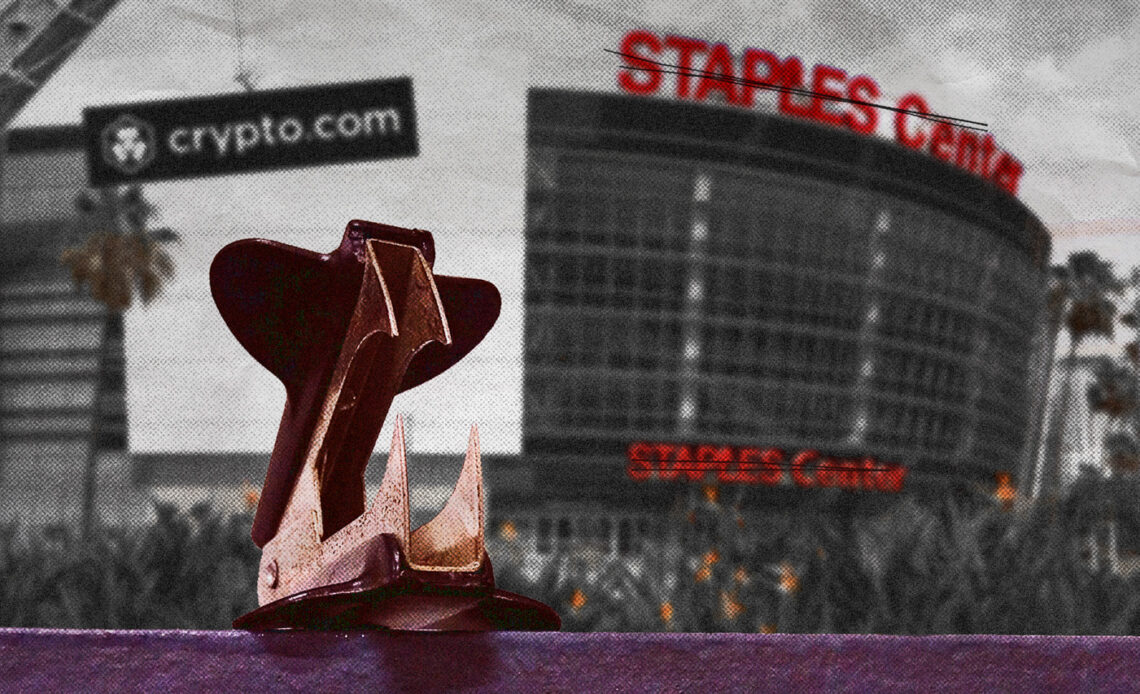 The Staples Center is no more.

On Christmas Day, the longtime home of the Los Angeles Lakers, L.A. Clippers, Los Angeles Kings and Los Angeles Sparks will have a fresh alias: the Crypto.com Arena.

Crypto.com is reportedly paying $700 million for proprietary rights to the legendary arena’s name for the next 20 years. The cryptocurrency exchange site is headquartered in Singapore. The office supply company Staples originally doled out $120 million for 20-year naming rights back in 1999.

The Staples Center opened on October 17, 1999, adjacent to the Los Angeles Convention Center. It’s the only facility to house two NBA teams, but it’s chiefly known for, and synonymous with, the Lakers and their historic title runs.

Whether you dub it “The house that Kobe built” or “The house that Shaq built,” it saw six championship banners ascend to the rafters during its tenure under the “Staples” moniker, including three with Kobe Bryant and Shaquille O’Neal, two more with Bryant and Pau Gasol, and one more with LeBron James and Anthony Davis (even though that title was won in the NBA bubble).

The history within the center is rich and so are countless memories housed inside it. So naturally, there were a number of people who expressed dissidence with the impending shift.

Paul George of the Clippers was one of them. A California native, George grew up during Bryant’s heyday, and vividly remembers the legendary squad’s early 2000s runs.

“I grew up this being Staples and Staples being the place to play and the place to be,” George said following Tuesday’s announcement.

“From here going forward, I guess it’s a new history to be written. It’ll be weird for sure, [but] we’ll be at our own place. It is what it is I guess.”

Construction is currently underway on a new arena for the Clippers in Inglewood, Calif. It will be dubbed the Intuit Dome and is scheduled to open in 2024.

George’s teammate Reggie Jackson was on board with that train of thought, concurring that he “can’t see” the…