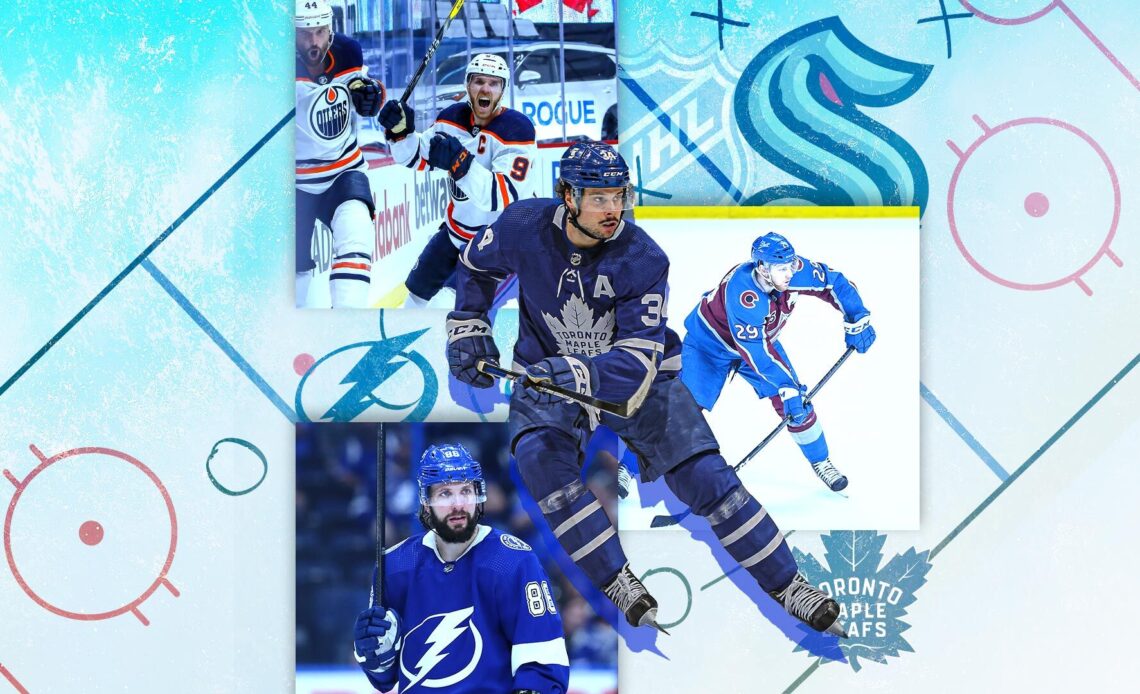 When the NHL regular season begins Tuesday, what’s old will be new again — and what’s actually new will be getting plenty of attention, too.

The league returns to its normal divisional format after a season of realignment and games played mostly in empty arenas. And for the second straight season, everyone will be looking to catch the Tampa Bay Lightning, the back-to-back Stanley Cup champions.

Meanwhile, all eyes will be on the Seattle Kraken, the NHL’s 32nd and newest franchise, which makes its much-anticipated debut and could be an immediate playoff contender.

What will the 2021-22 season bring? Here are the top storylines to watch.

Is Tampa Bay the team to beat … again?

You have to include the Lightning on any short list of Cup contenders because of their track record and the fact that many of the stars who led the way in those two titles — Nikita Kucherov, Brayden Point, Andrei Vasilevskiy, Victor Hedman and more — remain in the fold.

But the Lightning’s roster underwent some key changes in the offseason. Namely, the entire vaunted third line of Barclay Goodrow, Yanni Gourde and Blake Coleman, which played a huge role in both championship runs, has moved on.

There hasn’t been a three-peat in the NHL since the New York Islanders won four in a row from 1980 to ’83. The Lightning have the talent to do it, but whether they have the depth to go through another grueling playoff run is the big question.

For more up-to-date news on all things Lightning, click here to register for alerts on the FOX Sports app!

How good will the Kraken be in Season 1?

Seattle enters the league with sky-high expectations, largely because the previous expansion team, the Vegas Golden Knights in 2017-18, advanced all the way to the Stanley Cup Final in its first season (and has remained a contender since then).

The expansion draft and ensuing free agency in July brought some well-established talent to Seattle, such as Vezina Trophy finalist goaltender Philipp Grubauer and…